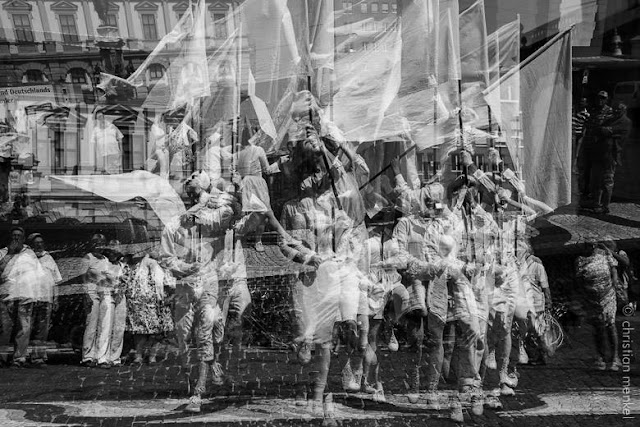 The Open Space Performunion was founded by Michael Steger in 2005 in response to an invitation to tour as a performance group with NON GRATA’s Diverse Universe Festival. A steadfast ensemble had already been creating performance events together within the circles of Open Space, which was founded in 1998 with the aim of collectively transforming any time and space—public space, museum, commercial space, street corners, subway, or theater space—into a real-time live art happening. The decision to become a performance art collective was an organic response to what already existed in the Open Space artistic community, since we were united by the necessity of expressing ourselves through Performance Art.

The members of this nomadically changing group—Tizo All, Anajara Amarante, Philip Brehse, Lars Crosby, Emily Kuhnke, Amy J. Klement, Dima Peels, Troels Primdahl, Michael Steger—as well as short-term collaborators, international performance artists such as NON GRATA, Kim Baek-ki, Mushimaru Fujieda to name a few, are extremely diverse in their backgrounds, and approaches to performance. That is possibly the essence of what is unique about us and also what keeps our works fresh and unexpected. The Performunion has performed at numerous locations in Berlin and toured extensively abroad at festivals in Canada, China, Denmark, Estonia, Finland, France, Germany, Italy, Japan, South Korea, and N.Y.C.
Eingestellt von Theodor di Ricco um 02:15